This is artist Alex Juhasz. For more about this artist visit their CTN Profile: CLICK HERE

I am currently developing my own feature project based on my personal experience focused on the magical thinking that occurs with children when dealing with impending death of a parent and how trauma is passed through generations of a family. I landed at this decision because I want to continue to spend my time making projects that speak to my heart and are a joy to create. This is something that's relevant to me and I feel passionately about, two main ingredients to anything worth one's time.

My path to animation was a crooked one. I have always loved animation especially the old Warner Bros and Popeye cartoons, the ones where the drawings were amazing and had such freshness and life in them. At a certain point the quality plunged and I became disinterested in cartoons. My father, Victor Juhasz, is a successful illustrator and growing up he had his studio at home. We were surrounded by art supplies and had so many books in the house to look through! He was great at exposing me and my brothers to fine art and design while encouraging us in our own personal artistic endeavors. Fast forward to post-art school where I studied illustration at SVA, I was offered an amazing opportunity from the visionary director Jamie Caliri to do some character design for what became the United Airlines "Dragon" commercial and won him an Annie Award in 2005. It was my first gig and I forged a friendship with Jamie who became a mentor to me over the following years. I am very lucky to have been able to work on some really great projects together where I learned a lot about film making but also how to fight for excellence.

I fell in love with the process of animation, stop-motion in particular. How during each stage of design and realization, (from concept drawings to storyboards to building models to getting those on a set to lighting and finally the animation itself) the thing becomes greater then the sums of its parts. As an illustrator, I understand how to make a great image, but when you have the combine other artists contributing their specialized talents to build and image and a story. It transcends what one great painting can achieve on its own. I've been honored to have been part of some great projects. Perhaps they were small compared to feature work, but there is an intimacy in those projects where it's just a few people. A type of personalized touch you can add to things that might get lost on bigger jobs. The Little Prince (I was the Production and Character Designer for the stop-motion) was very special because it was big but just small enough that we could still add those personal touches to things without jeopardizing the larger responsibilities of getting the film finished properly. 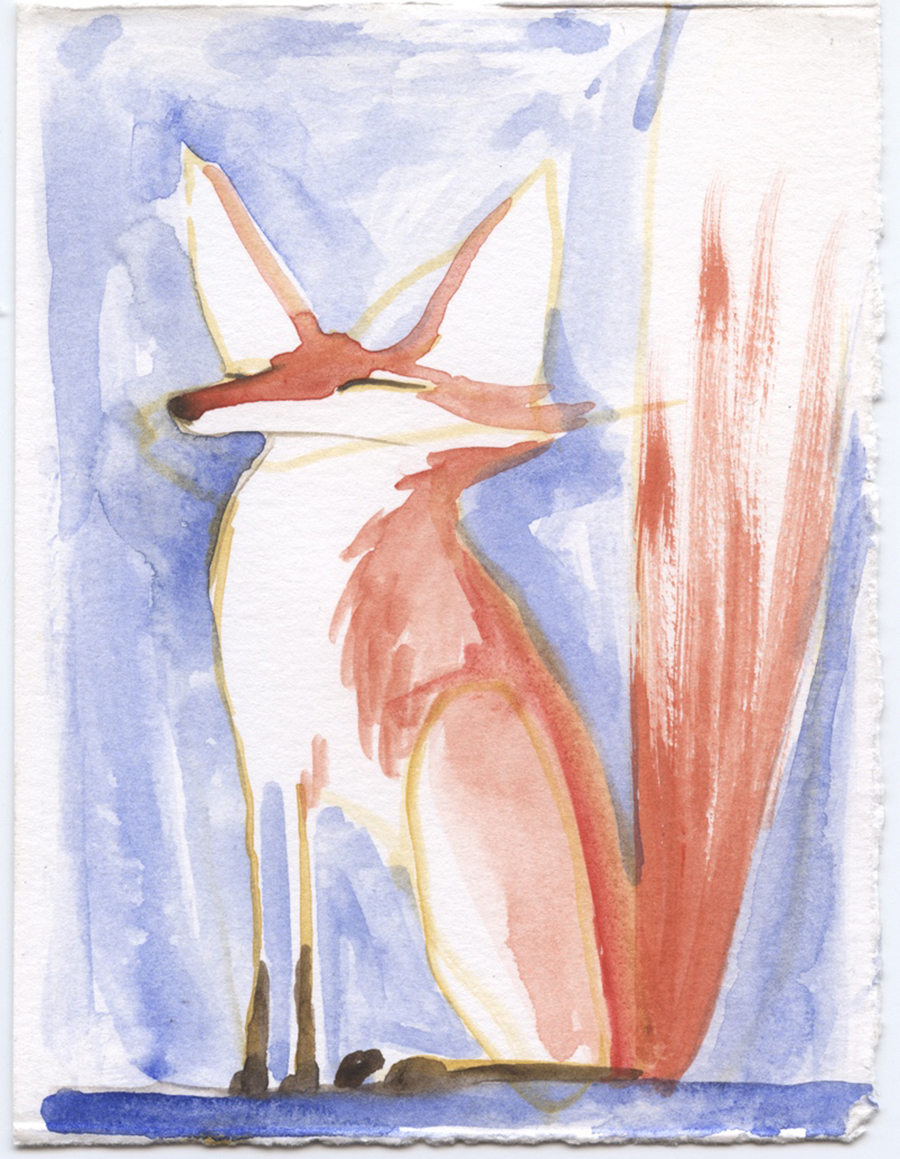 This answer could go on forever. I think it’s a matter of taste and sensibility. I have a particular appreciation for aesthetic qualities that can be found in many different forms of art and over time this has changed and expanded greatly. But the basic elements of attraction have remained constant. To specify what it is, that's difficult, because it’s not something that you can point to and say, “That’s it! Right there”. It’s the type of thing that leaves you questioning what makes something wonderful, what part of your heart and what emotions have been triggered by a hastily drawn gesture or a carefully considered expression or the colors of a landscape. A mood interpreted with insight. The mystery art can leave in one’s mind is inspirational because it asks you to participate and explore your own soul.

Do you mind sharing your artistic process a bit? What are your mediums of choice or tools artists might try?

It depends on what I am trying to do. There are levels of commitment in art, how urgent the need is to express something can dictate what medium I use. Sometimes it’s cardboard and hot glue and cheap acrylics, other times it's a carefully laborious technique of slowly layering gauche. In terms of concept design, I try to use whatever seems to work at the moment to describe of represent what I’m trying to relate. Discovery is best when you allow your abstract thinking to do the work for you. If you approach something the same way overtime, you tend to end up with the same solutions, even aesthetics. By expanding your options, its not only makes it more fun, but also more personal of a process. I think it’s important to pursue artistic avenues that break you out of your routine and challenge you to problem solve. I love to figure new things out and learn different ways to approach creation. I tend to like to get my hands dirty, tangible processes of drawing, painting and sculpting are always a pleasure. I’ve worked with paper forever and enjoy the versatility and restraints it has. The ability to make something beautiful AND simple is a very attractive quality in a medium for me. That said, when you have to labor and fight with your material, the outcome can be very rewarding. 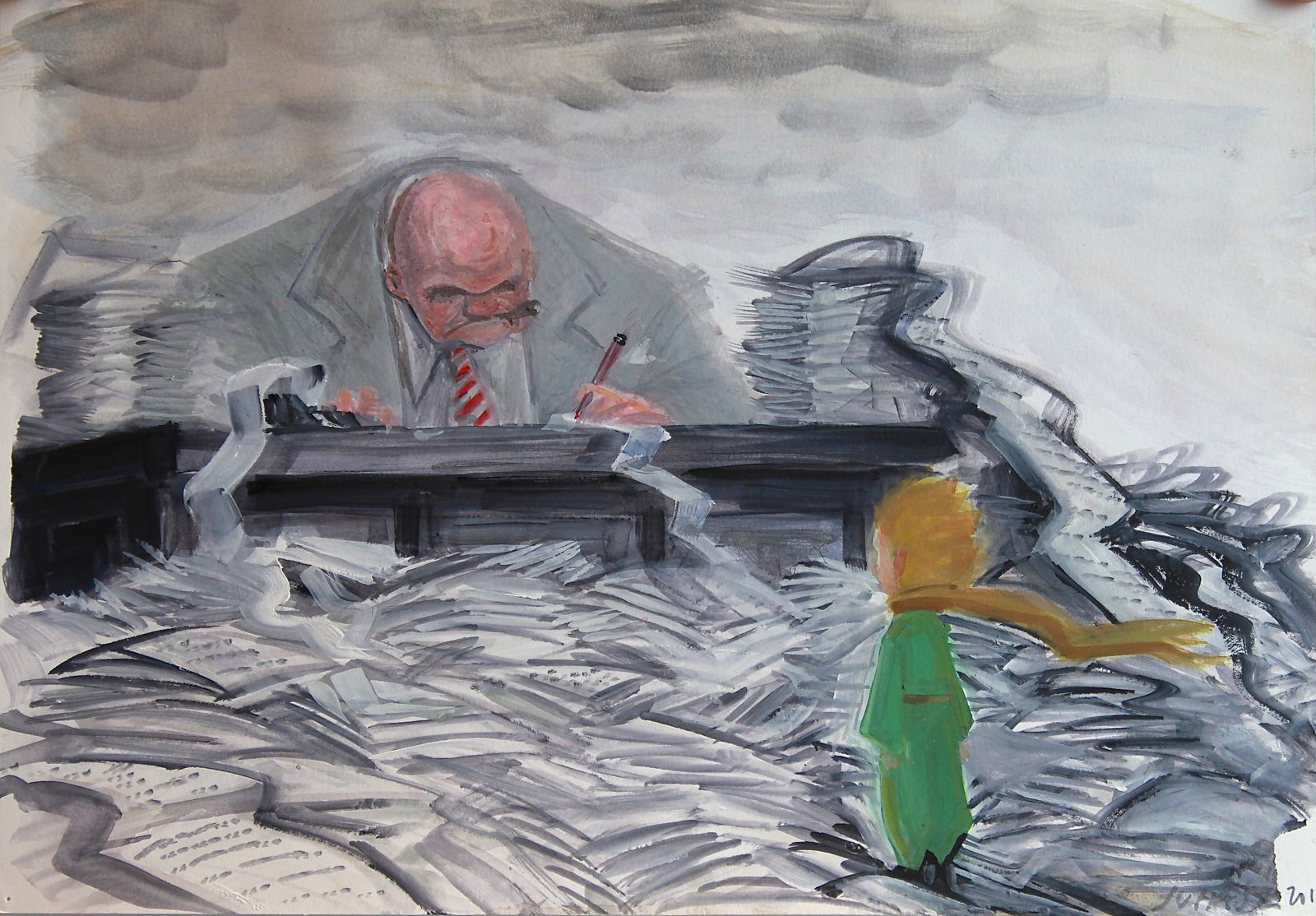 How do you stay driven creatively in-between projects and on your own work in between studio projects?

There is only so much time to make the things that arouse your soul. Maybe this is the catholic school guilt in me, but I feel that I have a duty to myself to create what compels me. Even on the best job, you are still making someone else work and I tend to daydream about all the other things I could be doing. While I've had to educate and familiarize myself with the necessary software and technology of the industry, I don't get excited by it. Whether it's a story I'm flushing out or a visual challenge I'm engaged in, I'm always excited about the process of getting there. That keeps me going. 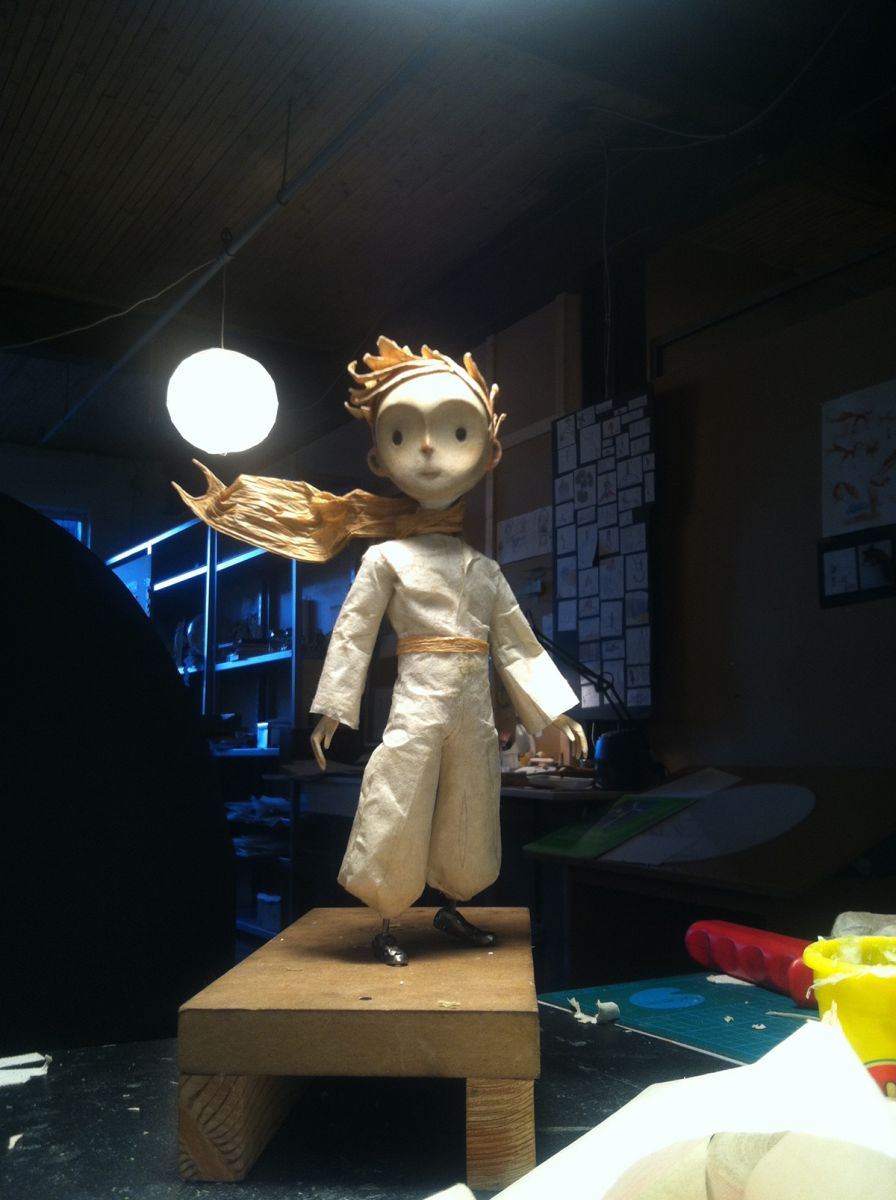 You have a new book you are publishing with CTN that is all sketches and rough drawings, what made you decide to show your early process?

Love sharing the discovery process. Mark Osborne took the helm putting together this book of the artwork for the film so a lot of the credit for what is shown belongs to him. For me, the early art, especially the rough stuff is really important because it is an attempt to wrap your head around what's essential about a character, or a scene. What's the emotional language of the design, how does it fit with the story at that moment? Showing just the finished art doesn't give you the conversation of how you arrived there. I hope it can inspire people to see the failures and dead ends that occur when trying to develop the visual relationship between your own art and the needs of the project. When you just see the final result, it makes it seem like there was no struggle in the road to make something great, like we arrived here easily.

Sometimes that's the case, but most of the time it take a lot of destruction and reimagining to make progress. 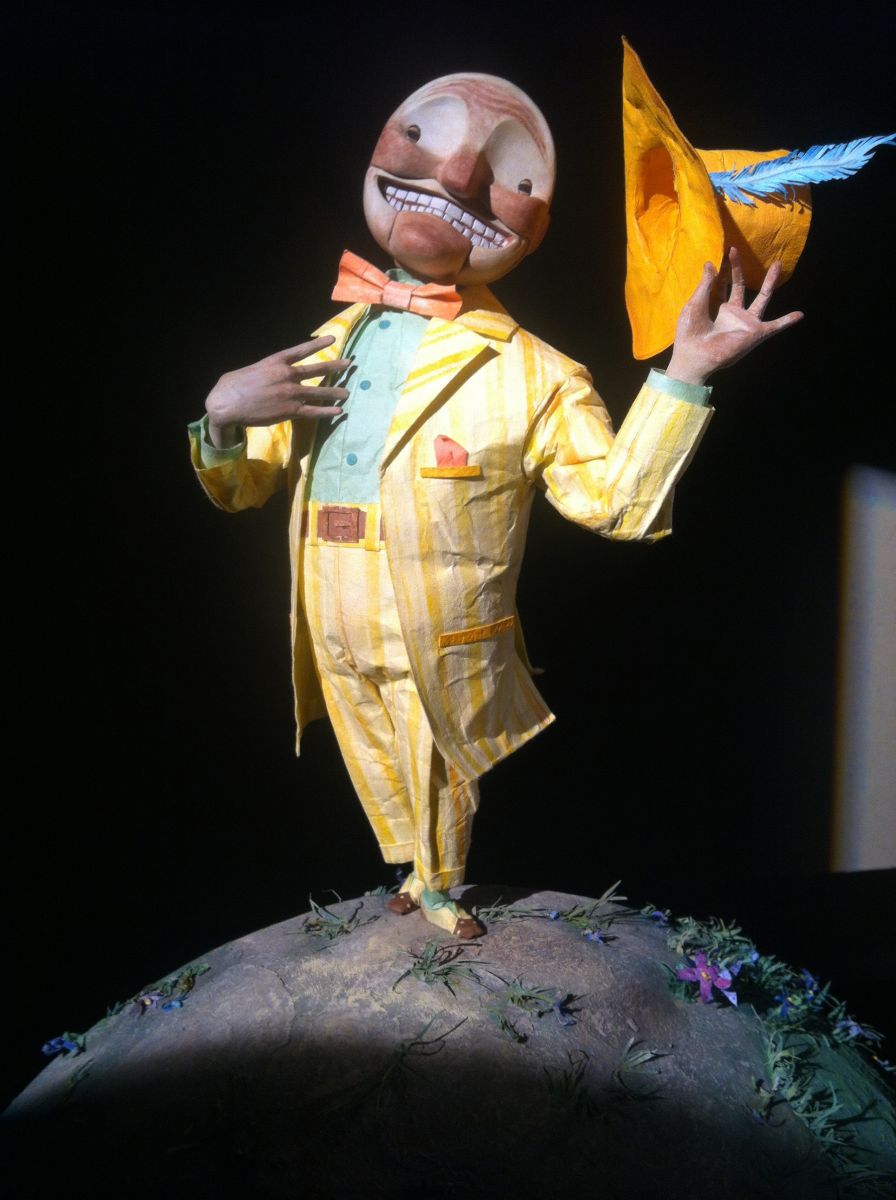 What have you learned about your art and the life of an artist that you may want to share with people?

Whatever I would write here would most likely be untrue or half true. The realizations about my art and life as an artist tend to be specific to myself and my own struggles. I'm not sure what exactly to share. 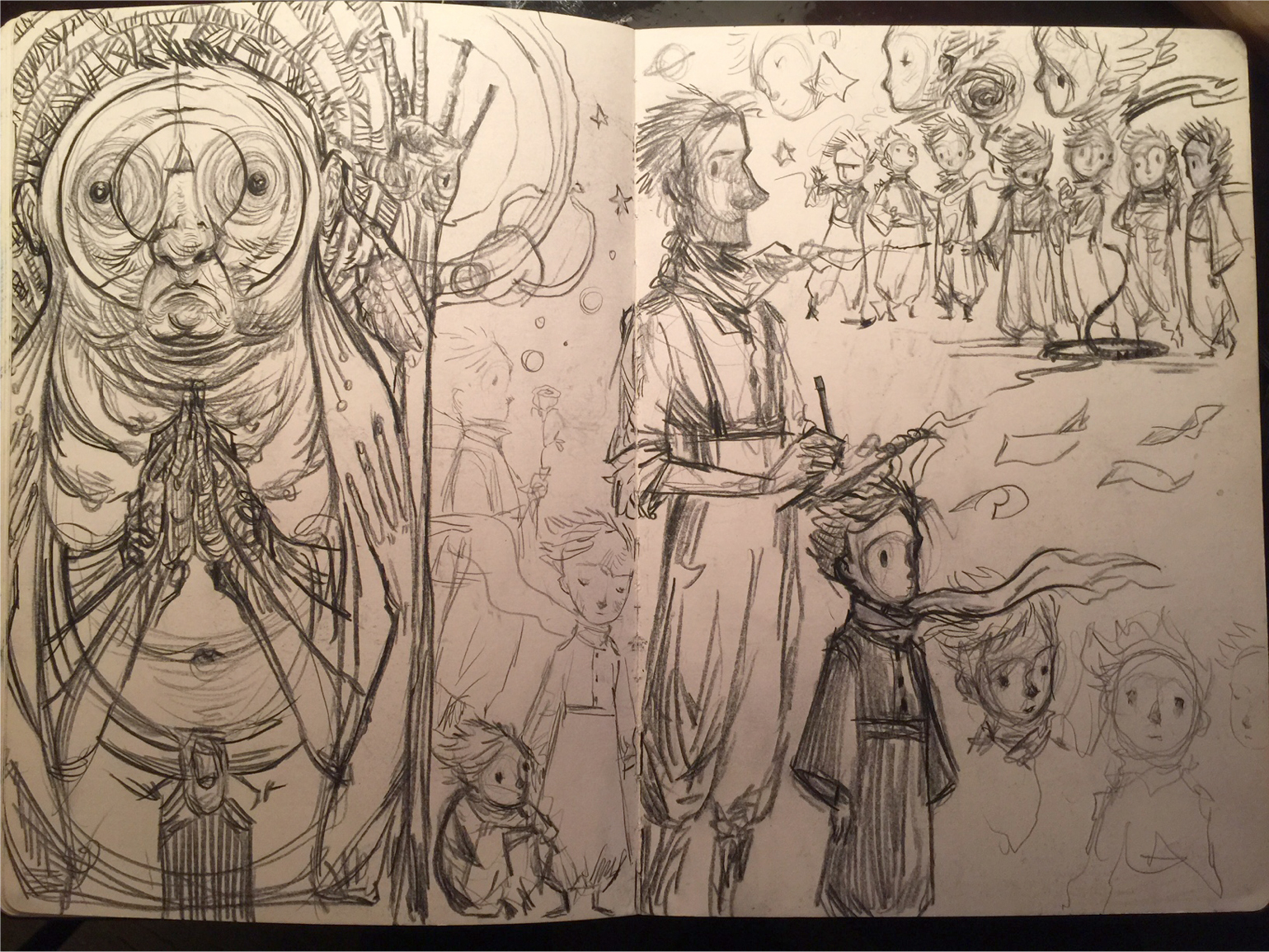 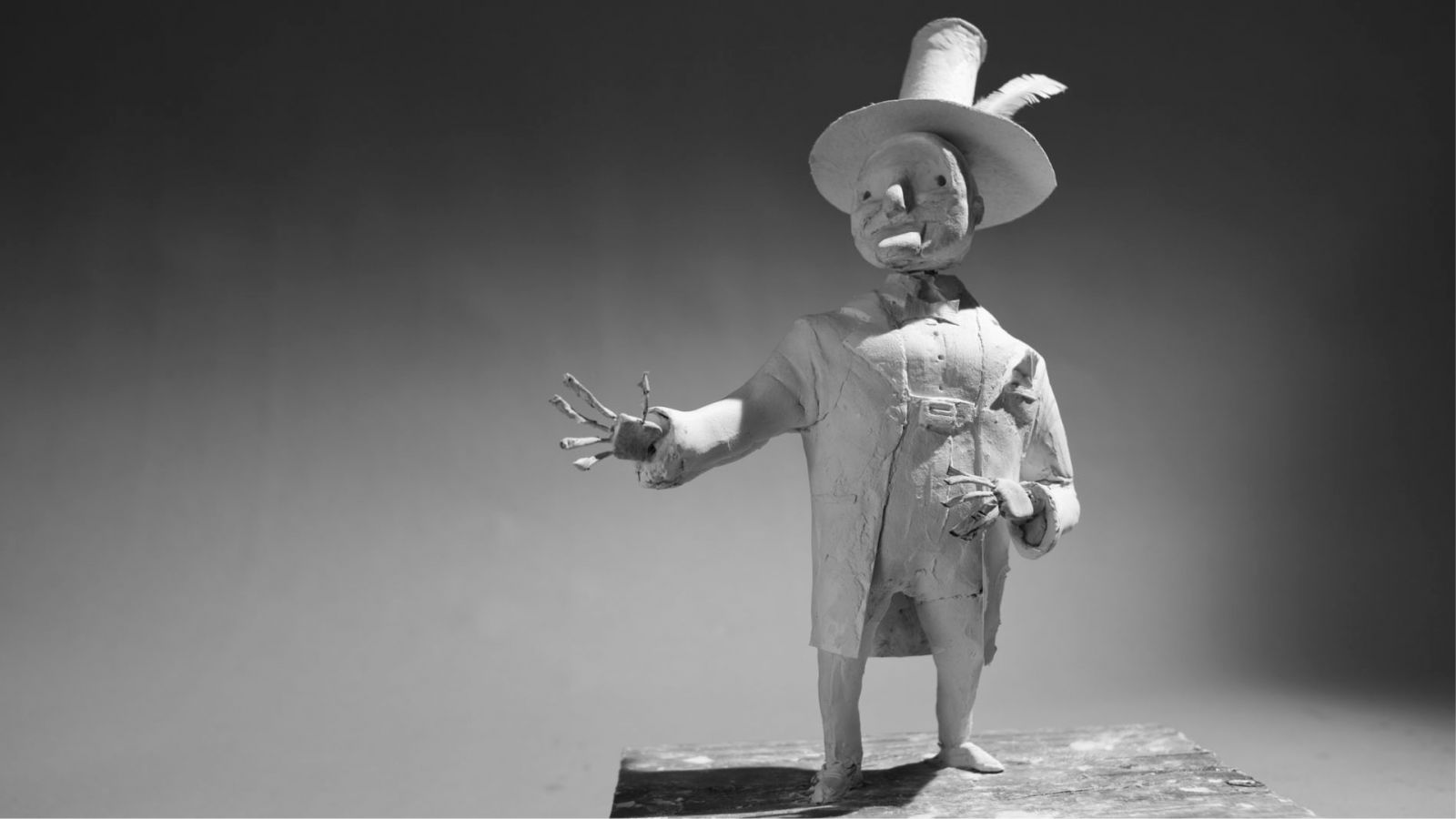