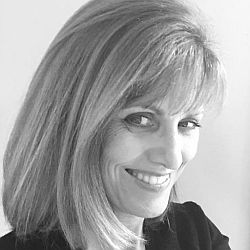 This is artist Ann Telnaes.  For more about this artist visit their CTN Profile:  CLICK HERE

I've been drawing ever since I can remember, although I didn't consider animation until I was in college. I spent 2 years as a graphic design major and then applied to the character animation program at California Institute of the Arts. I attended CalArts for 3 years and graduated with a bachelor of fine arts.

That's a long story! You'll have to attend my presentation to find out.

My early inspirations were Robert Osborn, Gerald Scarfe, Alexander Calder and like many of my animation colleagues, Ronald Searle.  I also admire the work of editorial cartoonists Pat Oliphant and Herblock.

Can you speak to your opinion on the Charlie Hebdo killings of Political cartoonist's?

After an initial feeling of shock upon learning of the killings at the offices of the French magazine Charlie Hebdo, I became nauseous when I learned that four five cartoonists were among the twelve murdered during an editorial meeting. I never personally met any of them, but I was familiar with the magazine and its irreverent cartoons and how, in 2006, they defiantly published the Danish Mohammed cartoons when hardly any U.S. newspapers decided to do so (including The Washington Post).

It was not long though, before my shock turned into the determination to join my colleagues in speaking out against the attacks.

It's the 21st century, but people who are living in centuries past are murdering cartoonists. It's not a left versus right issue; many of my liberal colleagues didn't support the Danish cartoonists free speech rights and felt that publishing the Mohammed cartoons was wrong. There was much debate about whether the cartoonists had somehow "crossed the line" of good taste and if offensive cartoons should be drawn at all. Of course, no one could name everything, which should be on this grand list of offensive images; what is offensive to one person or group isn't the same for another.

Free speech has to be absolute. If society starts to put limits on what can be said or drawn, it creates an environment where people feel they are justified to act violently against anything they deem offensive to their beliefs, religion, culture, or whatever else.