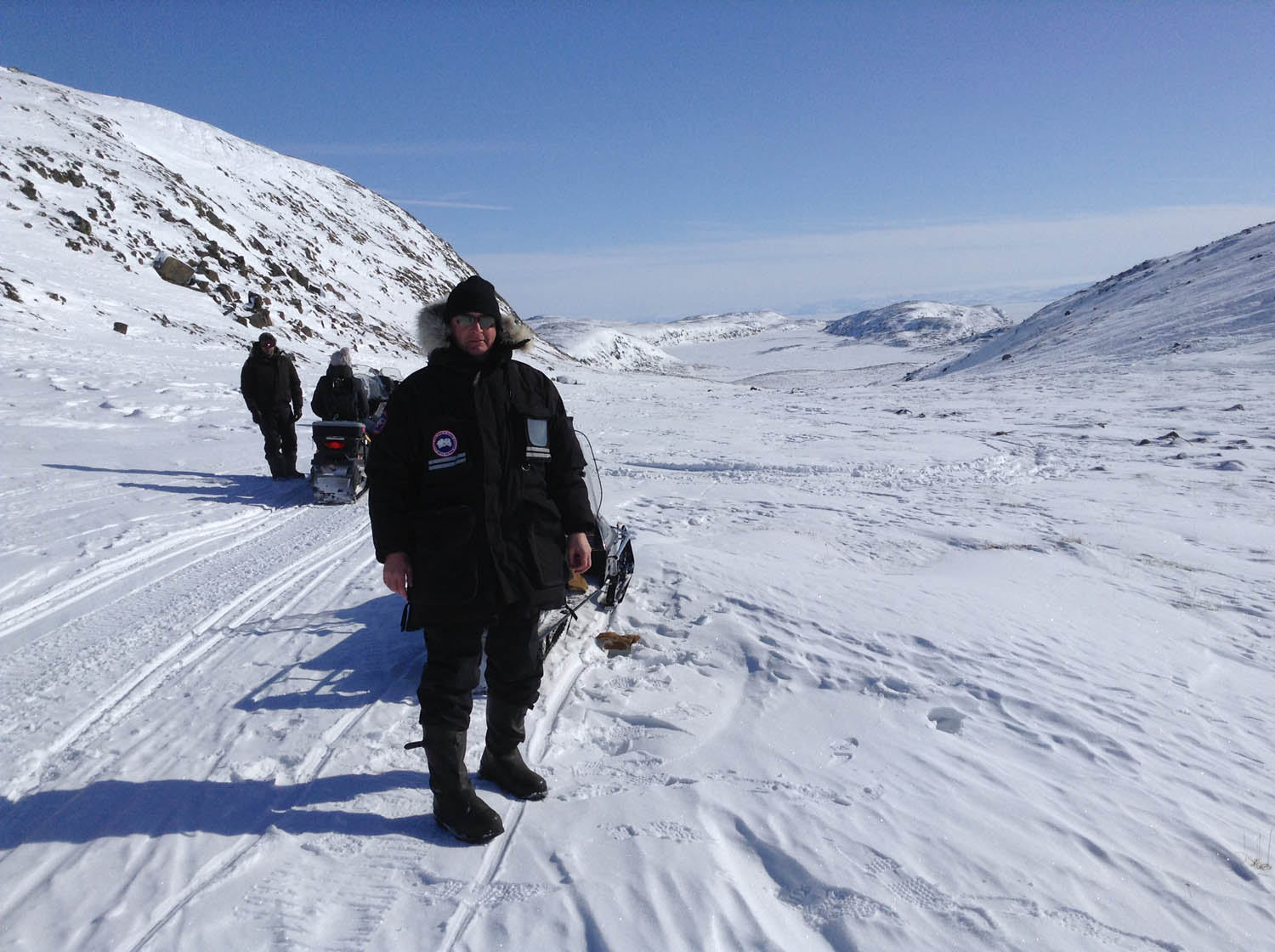 This is my interview with Fantasy and Faerie Tale artist, living and working in Canada.  For more about this artist visit their CTN Profile: CLICK HERE

I work for a company called Inhabit Media located in the town of Iqaluit in the Arctic. They are an arctic media company that remembers/records the old Arctic mythologies and will get them back to the people who have started to forget. The younger people are forgetting their mythologies so my boss and I interview tribal elders and record their stories. The stories are all vocal based so we record and collect them. First we were publishing books and now we are getting into television so I am designing stop motion characters. They are now moving the stories towards being told with animation. It’s very cool because these mythologies are basically unknown in the wider world and they go back about a thousand years so these are very old and are untainted original stories. They are raw, the original telling. I get to just make up the characters designs since they have never been created before. There is no research to be done since they are fully original and we are breaking new ground, which is what makes it fun.
What was your path to Animation? Were you always interested in animation or fine arts growing up?
While I was deciding that I wanted to go to art school I met a guy that was studying animation at Sheridan College, which is a school that has a pretty good animation program. I met him and he turned me on to animation and the school.
He just had this really cool sketchbook that had all these drawings of Goofy and Peg Leg Pete and all this stuff and it just looked so fun. I liked to draw so I decided to go animation school. 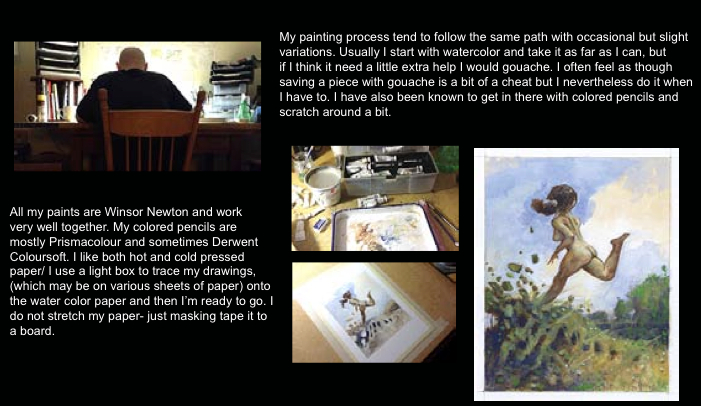 Where did your path lead you from there?
First, I worked on a project called the Care Bears. That was quite a while back, but after working on that I sort of left animation. I started working for game companies on things like Dungeons and Dragons that in those days was in book form. I did tons of that type of stuff. There were a lot of publishers back then and they put out a lot of their own work. I was a book illustrator for monster games, fantasy games, Sci-Fi Games; I did tons of that stuff. I am based in Canada but I work for people all over. Most of the people I worked for were British, European, or American, and it is usually was creating illustrations. The gaming art I had been creating became very dark and violent and I did not like to be in that negative place. I had to be in to it to make that work so I transferred over time to kids books. Since I have been working on books I have moved back towards animation. I now prefer animation because I can draw out of my head, which is what I like. Animation, unlike illustration does not require so much photo reference and high degrees of realism. In animation school they teach you how to draw out of your head and express yourself that way, and that is what I really believed in.
Larry MacDougall, Arctic Troll
What were your artistic inspirations growing up and how did they change over time?
Right off the bat I loved comic books and liked war comics since most of the kids in the neighborhood loved them. Then I grew into liking Mad Magazine and followed cartoonists and illustrators that worked at Mad. By high school I was looking at Norman Rockwell and illustrators that had books. This time period was the 1970’s so I found out about fantasy art, I liked that too. I was all over the map, I liked everything. Pop culture you would call it. I loved movies and one movie I really liked was Wizards. There were a lot of still drawings and backgrounds that had a big impact on me. Also the usual stuff like Star Wars and Dragon Slayer. Also what I would say is I love Lord of the Rings. I listen to the BBC radio play of that. I would rather listen and imagine than see what the filmmaker has thought out for you. 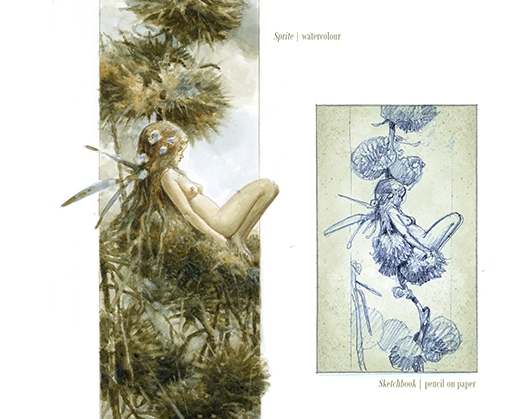 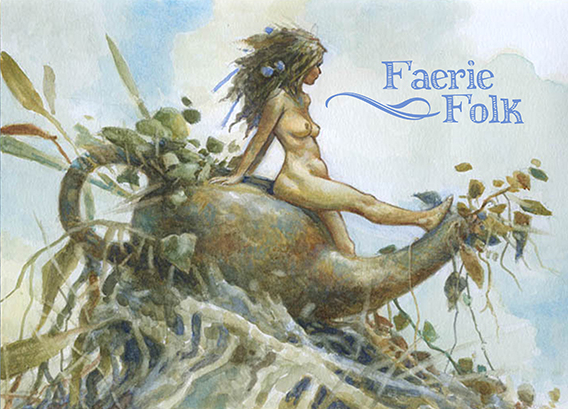 Larry MacDougall, Chai Pixie
How did you get involved with CTN and what have you found CTN brings to you as an artist?
I heard about CTN because I have always kept my eye on the animation business and because my wife, who is also in the industry, went a few years ago. She went when they had Moebius as an artist and I had heard how great it was. A friend at Disney told Tina about my work and me and now I am on the roster this year. I am now also publishing an art book though CTN that is a compilation of my work over the years. The book is everything I have done over the past ten years with a focus on the past few years. It includes sketchbook work, paintings, and images of my personal work. Being involved with CTN this year will be great and I can’t wait to get there and meet everyone. I have connected to so many people that go to CTN through Facebook and Tumbler and I can’t wait to meet them all. Recently I have really been working more and more in animation and thinking on those lines so it is exciting. I have really expanded my network of artists and have had a lot of new opportunities because of CTN. 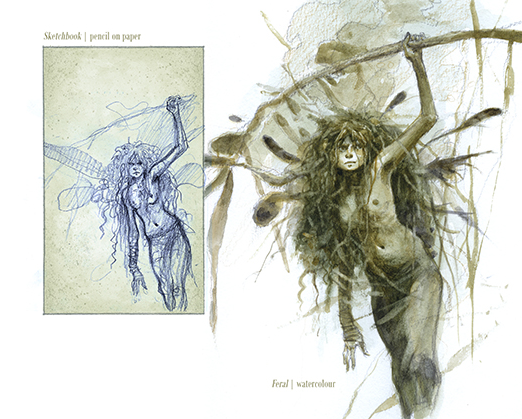 Are there things about the industry that CTN has helped open up?
A lot of the artists that go to CTN are able to show off their traditional art. It is a place that I notice that artists who work on the computer during the day take the paintings or drawings they hand/traditionally created. They can show and sell their small paintings or drawings and display their traditional pieces, which is cool.
What are you working on now that we may see at CTN?
I have my book I am publishing with CTN, which is very exciting. The work for the Arctic program is ongoing and also I paint for myself and sell paintings online, as well as doing commissions. I have an Etsy page where I sell as well as on Facebook. I like to create things and if people want them they can buy them. It all is so exciting.